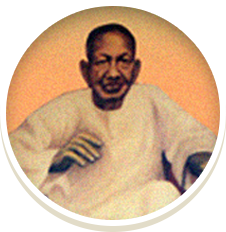 News
Booking is running for the tour during the month of November 2021 , December 2021

“THE KUNDU SPECIAL” which was founded by Late Sripati Charan Kundu, the vanguard of Indian Tourism Industries, has completed 88 years of its existence. Over years and decades this organisation has conducted thousands of tour programmes earning lofty blessings of countless tourists. The fame of this organisation is not confined to this region only, it has spread in various states of India and even among the non residents. Because of its familiarity, the world famous film directors like Satyajit Ray and Tapan Sinha took the name of Kundu Special in their films.

Besides, this very name has also found place in various writings of eminent litterateurs like Saradindu Bandopadhya, Budhyadeb Guha , Nabanita Debsen , Ashapurna Devi , Shankar have also echoed this organisation in their very many writings. The list of clientele of “Kundu Special ” includes large number of celebrities through generations. The capital of endearing loves, warm affection and profound goodwill of innumerable tourists just prompt us even today after seventy six years to stride ahead further with determination to offer still better and more attractive services